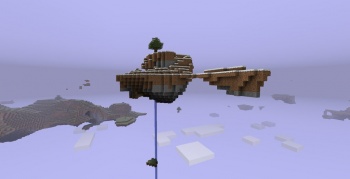 There are 2.5 million people in the world of indie phenomenon Minecraft, and they’re all being blown up by Creepers.

There’s no doubt that Minecraft is the very definition of “indie success story.” It came out of nowhere to be the surprise hit of 2010, it made a gazillion bucks and allowed its creator Notch to create his own development studio, Mojang AB (which won our very own March Mayhem). Heck, its Xbox 360, Kinect-powered port was one of Microsoft’s biggest E3 announcements.

Earlier today, Notch announced via Twitter that Minecraft had officially sold 2.5 million copies – as much as the first Diablo and FarCry, he said. Not bad for a game that technically isn’t out yet, eh?

The next milestone, of course, is selling 3 million copies – which will put it on equal footing with games like Fable, Professor Layton and the Curious Village, Parappa the Rapper, The Getaway, Halo 3: ODST, Final Fantasy X-2, Warcraft III, Crysis, Command & Conquer: Red Alert, and Dragon Age: Origins. Roughly equal footing, anyway – finding games that sold about 3 million copies is harder than it looks!

Congrats, Notch and Mojang. May your creepers blow up millions of unsuspecting miners for years to come. So, in celebration – sing it with me now, everyone! “Hey Hey Hey! I been minin’ all day long…”