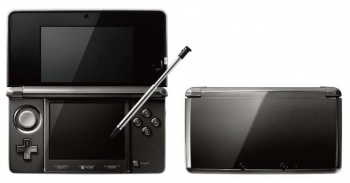 Downloading new game content while your 3DS is asleep is a great feature, but downloading spam is not.

One of Nintendo’s big new features in the 3DS is SpotPass, which enables the handheld to download new content from Wi-Fi hotspots while it’s in sleep mode. Nintendo has advertised that SpotPass could be used to receive game data, free software, pictures, and more in a specifications sheet, but Nintendo president Satoru Iwata recently told investors that the technology has the potential to download unwanted ads as well.

When Iwata was asked on an investors call whether ads could also be pushed to the 3DS, he said that Nintendo has partnered with television broadcasters to distribute 3D videos to the 3DS through methods such as SpotPass, and these broadcasters rely on advertising income. Nintendo is going to “investigate the potential of ad income which can be gained from short but attractive 3D images,” Iwata said.

Luckily, Nintendo realizes that without tight controls on advertising, SpotPass could quickly become a nuisance in the 3DS rather than a strength. Iwata continued: “One thing which we are extremely careful about is that with SpotPass, while it is a new mechanism with the potential to explore an attractive future, Nintendo 3DS could become a platform which users consider as one for myriads of spam-like ads to arrive if we were to handle it poorly.”

Nintendo hopes to guard the 3DS from downloading content that is “unnecessary or even upsetting” and is looking for a “perfect balance” between information that can earn revenue for free content providers and information that customers wouldn’t want to see. Iwata ensured investors that Nintendo will be keeping a close watch on the feature.

To protect children, Nintendo barely lets people that own the Wii play its own first-party games together without submitting to a genetic test, so I don’t see Nintendo somehow allowing male enhancement ads to worm their way into an 8-year-old’s 3DS system. Nonetheless, with an innovative feature that actually seeks out Wi-Fi hotspots without any intervention by a human being, I can definitely see the potential for mistakes. Or at least really annoying 3D ads for wholesome products, like cookies or cartoons, that just won’t go away. Maybe spam will become so engrossing thanks to the 3DS’ screen that nobody will even care.