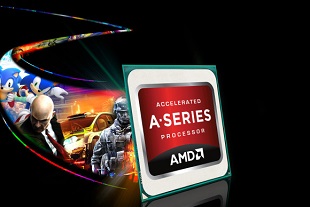 Low-power dual-core and quad-core options should be attractive to tablet, phablet makers.

AMD unveiled a low-power APU refresh today, introducing the Mullins and Beema lineups to the public.

Slated to be replacements for the Temash and Kabini APUs, these new products add several new features not found in older low-power APUs, while bringing down the required TDP (power requirement). Being APUs, the new chips from AMD combine x86 cores with onboard Graphics Core Next (GCN) GPU streaming processors. There’s also support for high-speed DDR3-1866 memory.

It could take some time before AMD gains ground in the mobile space, but it finally has some compelling hardware, at the very least.