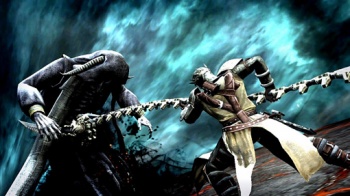 The videogame industry is already doing a great job of keep violent games out of kid’s hands, says Activision executive, and on its own dime too.

George Rose, the Vice President of Activision Blizzard, as well as the company’s Chief Policy Officer, has penned an editorial article for the San Francisco Chronicle, attacking Leland Yee’s videogame regulation law and condemning a lot of the evidence used to back it up as inconclusive or disingenuous.

Rose said it made no sense for California, or any other state, to replace an effective, “privately funded system” with a “costly state bureaucracy.” He felt that the bill’s supporters would accept nothing less than new legislation; however, the co-operation between the videogame industry and retailers meant that it was very difficult for someone underage to get their hands on an M-rated game.

He accused some zealous supporters of the bill of deliberately misrepresenting the videogame industry with titles like Postal, which was a commercial flop that retailers hadn’t stocked for years. He derided the use of the game as a supposed exemplar of the state of the industry as a disingenuous attempt to generate unnecessary and unreasonable “drama and hysteria.”

Rose also attacked the idea that the bill was backed up by hundreds of studies which proved the harm that videogames had on children. Every court that had looked at the issue of videogames’ effect on children, he said, had found that research used to support the idea that they were harmful lacked credibility. He added that a group of 82 social scientists, medical scientists and media scholars felt so strongly that the claims in the bill were bogus that it had filed its own brief with the Supreme Court, calling the research “profoundly flawed.”

While the editorial is pretty much everything you’d expect from an executive of a major videogame publisher, it does serve as an interesting counterpoint to a similar piece by Yee, which he wrote for the San Diego Union-Tribune earlier this month, and rebuts nearly every point that Yee makes. It’s not clear however, exactly how much sway either argument will have on the Supreme Court’s decision. Obviously, the hope is that the bill will be thrown out – and there are signs to suggest that it will – but we won’t know for sure until the New Year.