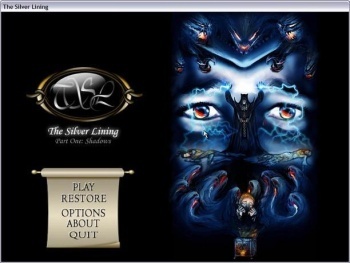 Activision has brought the hammer down on a long-running King’s Quest fan project called The Silver Lining, issuing a Cease and Desist order and demanding that all materials related to the game be taken offline.

The Silver Lining project began in earnest in 2002 as a fan-based effort to create a new game in the King’s Quest series, the famed Sierra adventure franchise that last put out a game, King’s Quest: Mask of Eternity, in 1998. The team had received a similar letter from IP owner Vivendi Universal in 2005 but was able to work out a “non-commercial fan license” that let it continue developing the game.

But the merger between Activision and Vivendi left all Sierra properties in the hands of Activision and it doesn’t appear to be quite as willing to play ball. Despite negotiations that have been ongoing for the past few months, Activision has decided not to allow The Silver Lining team to continue work on the project, and has issued a new C&D letter demanding a halt to production and the removal of all related content from the internet.

“We must and will comply with this decision, as much as we may wish we could do otherwise,” the developers wrote on in a farewell message posted on The Silver Lining website. “Sadly, after eight years of dedicated work and even more dedicated fans, The Silver Lining project is closing down.”

Eight years is a lot of time to sink into a game, even for a fan project, but this one was particularly ambitious. The site claims The Silver Lining was being reworked for episodic release, five in all, with the first scheduled to come out in the spring of this year. After that much time and effort, the reaction to the decision has been predictably strong, with many calls for petitions and email campaigns. The development team doesn’t appear to hold out much hope that Activision will change its mind, however.

The C&D order from Activision demanded the removal of nearly all of The Silver Lining forums along with everything else, so the team set up a new forum in order to spread the word and discuss the future. To find out more about the demise of the game and the future plans of the team responsible for it, you can catch up on the most recent events at tsl-game.com/forum.