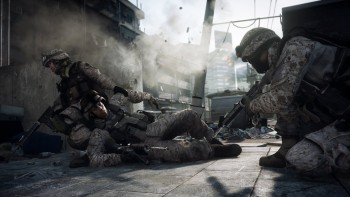 Talking at Gamescom 2011, Hirshberg claimed that the recent slew of “mudslinging” from EA is harming the whole gaming industry. Hirshberg was not-so-subtly referencing a recent interview in which EA CEO John Riccitiello harshly criticized Call of Duty: Modern Warfare 3, claiming that the game had “jumped the shark” and saying that he hoped it would “Rot from the core.”

Hirshberg was not impressed. “Can you imagine the head of Dreamworks Animation coming out with a new movie and going to the press and saying that he wants Toy Story to ‘rot from the core’,” he said. “It’s kind of hard to imagine, right?”

He went on to add, “I’ve been asked countless times to respond to [Riccitiello’s] comment and I’ve generally chosen not to. My job is to help our incredibly talented, passionate teams to make the best games they can, not to throw insults around at others. But I actually feel this kind of rhetoric is bad for our industry.”

Hirshberg argues that cattiness from competing developers isn’t doing the industry any favors. “The only way to do that is to continue to make great games. We shouldn’t be tearing each other apart fighting for a bigger piece of the pie – we should all be focused on trying to grow a bigger pie. If we as an industry act like there’s a finite number of games in the world, then there will be.”

Despite the fact inter-publisher cat fights make for great news and pithy headlines, It’d be nice to see publishers talk to and about one another without either badmouthing their competition or pretending they don’t exist. On the other hand, my inner 13-year-old demands that if EA responds to Hirshberg’s comments by making a joke about his mum, I’ll have to go out and preorder Battlefield 3 immediately.