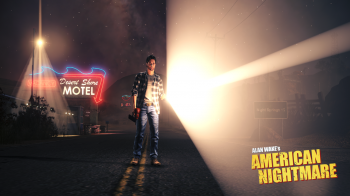 Anyone who’s played Alan Wake can tell you that the titular protagonist encounters a ton of fog, but in a few months, he may be dealing with Steam instead. Following in the footsteps of its profitable predecessor, Alan Wake: American Nightmare will likely make its way to Steam within the next few months. A recent Steam registry update included a number of American Nightmare assets, and if history is any indication, PC gamers could see the popular follow-up as early as May.

Marlamin.com, which keeps track of Steam registry updates, recorded a few American Nightmare files, including an .exe file, shaders, and videos. Marlamin logged a similar registry update for Superbrothers: Sword & Sorcery EP, a popular iOS title that hit Steam only a few weeks after fans caught wind of the registry update. While the files could be an error, a long-term project, or even an intentional mislead, none of those seems terribly likely. Given American Nightmare‘s generally positive reviews and Alan Wake‘s popularity on PC, waiting two years for a port just wouldn’t make sense this time around.

Remedy is working on an unannounced next-gen project. While there’s nothing specifically suggesting it might be Alan Wake 2, Remedy has been doing a fairly calculated job of spreading the IP to new platforms and keeping the fanbase eager for a new installment. Of course, Remedy could also just be gathering up as much money as possible to pump into a new, unrelated project. Who knows? Maybe the new project will even hit consoles and PCs simultaneously.