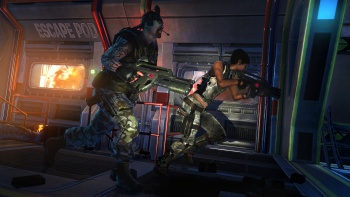 At least for its first week, A:CM appears to be critic-proof.

Now that the entire internet has had a chance to give Aliens: Colonial Marines a well-deserved drubbing, it’s time to take a look at the financial realities of the situation. While it’s true that neither fans nor critics liked the game very much, people still bought it in droves – enough, in fact, to let it debut at the #1 spot in the UK videogame sales chart. I’m no analyst, but expect this number to go down pretty considerably next week.

The Association for UK Interactive Entertainment (UKIE) keeps track of software sales on a week-to-week basis, and reports that A:CM outsold its competitors across all platforms last week. The ill-fated xenomorph bughunt relegated Dead Space 3, whose sales dropped by 57%, to the second spot. The game’s exact numbers and earnings haven’t come in yet, but it has two target numbers to beat: 2010’s Alien vs. Predator, which earned £14 million, and 1996’s Alien Trilogy, which clocked in at £10 million. At present, these two games represent the highest-grossing Alien videogame installments in the UK.

Given the game’s massive hype, fantastic demo, and recognizable brand name, the fact that A:CM reported such stellar numbers in its first week isn’t terribly surprising. If the game’s sales do dry up next week, the window of opportunity to make Aliens references in every post will evaporate, too. Get ’em in while you still can.