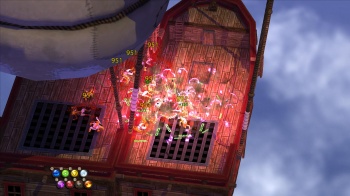 The list is dominated by shooters, but there are some pleasant surprises.

You might think it’s a little early to compile a list of the best-selling games of 2011 – there being a couple weeks of the year left – but Amazon wants to be the first out of the gate. The online retailer released a list of both physical boxed copies of games sent out and downloadable games. While Modern Warfare 3 topped the physical chart, Electronic Arts can be happy that both Battlefield 3 and Battlefield Bad Company 2 ranked #1 and #2 in downloads from Amazon. Of course, that could just be because Activision doesn’t have a digital distribution deal with Amazon, but let’s not quibble.

There are other surprises with games released before 2011 still selling very well. Dancing games are always very popular, but Ubisoft’s Just Dance 3 only placed 5 ranks higher than its predecessor on the boxed list. The Sims 3 did well, with both PC and Mac downloads making that list, and Civilization V is still being downloaded the year after it came out. MMOs continue to get audiences, with both Rift and FF XI placing well.

And a big shout out to Magicka from Paradox Interactive. I met Johan Pilestedt and Emil Englund early last year when they had just finished the tongue-in-cheek RPG with the fun magic system themselves, and making even the 10th rank on Amazon’s downloadable list for 2011 couldn’t have happened to two nicer Scandinavians.

Here is the full lists from Amazon, if you are interested: