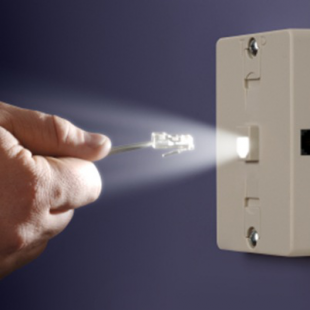 Despite higher prices for customers the United States only ranks 35th when it comes to bandwidth capacity.

Despite the fact that a lot of people still just it use it to check Facebook and watch naked people doing naked things, the internet has also been a useful tool for the growth and development of economic, social and educational opportunity around the world. No one would blame you, in turn, for expecting the United States, an economic superpower and the birth place of the internet itself, to have the best broadband service in the world. That being the case, it’s been revealed that not only are U.S. broadband services lagging behind other countries, but that American citizens are actually paying more money for slower speeds.

The World Economic Forum when comparing bandwidth capacity, ranked the U.S. 35th out of 148. Other studies have also placed the United States at being in anywhere from 14th to 31st place when it comes to average connection speeds. In other words, while we’re not at the bottom of the barrel, we’re also not the cream of the crop either. In fact, in many cases, the broadband services of our cities is drastically slower than what’s available overseas. For instance, Riga, the capital city of Latvia, currently boasts an average connection speed of about 42 megabits. Comparatively, the much larger American city of San Antonio has an average connection speed of only 16 megabits. The biggest kicker is that internet service in Riga costs only about a quarter of what it does in San Antonio.

This is a trend that, with a few exceptions, repeats itself across the breadth of the United States. While it might seem like a non-issue when you consider that 10 megabits is the current standard for speedy internet, many believe our lagging broadband might be stifling economic growth. The Obama administration, for instance, stated earlier this year that job and wage growth in the modern age all but demands “the delivery of fast, affordable and reliable broadband service to all corners of the United States.”

Unfortunately, many believe that it will take direct action from the U.S. government to spread internet access that’s comparable in quality and price to what’s available in places like Riga. “[Internet access is] something that no neighborhood or private company would have an incentive to provide on its own to everyone at reasonable prices,” said Susan Crawford, a professor of law and former technology adviser to the Obama administration. In other words, when private companies can already charge us a bundle for poorer service, why would they do anything else?