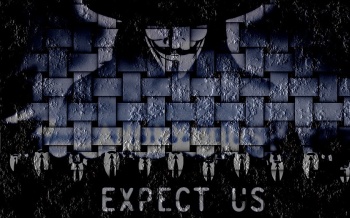 Hacktivist internet collective Anonymous, tired of being shunned by the mainstream, has launched its very own social network.

It’s a little weird, a little silly and a little hard to believe, but Anonymous, the online group famous for its hacking exploits and Guy Fawkes masks, is apparently launching its very own social network called “Anon-Plus.” The group was inspired to the effort after some of its members were blocked from Google+ and even Gmail.

“This is the sad fact of what happens across the internet when you walk to a different beat of the drum. We’ve all heard the stories of activists being banned from FaceBook, Twitter, YouTube, and governments blocking their people from these sites as well through organized black-outs,” an Anonymous rep said in a memo sent out to members of the group. “That day has came to an end. Not only did a few people organize an Operation against Google+, but we have started to build our own Social Network.”

Anon-Plus is still very much a work in progress, currently offering nothing more than a link to a developers forum and a message promising big things for the future. “Welcome to the Revolution – a new social network where there is no fear… of censorship… of blackout… nor of holding back,” it says. “There will be no more oppression. There will be no more tyranny. We are the people and we are Anonymous. We have arrived.”

In reality it sounds like Anon-Plus is in the process of arriving, as the message suggests that the network will be developed over “the coming weeks, months and years.” It’s hard to say what kind of services will be on offer, although it’s safe to say that photo-tagging and Farmville probably won’t have much to do with it. Anonymity, of course, is assured – at least as much as it can be in the digital wilds of the internet. So if Facebook isn’t doing it for you anymore and you want to get in on the ground floor of something new, exciting and possibly illegal, you can take a closer look at anonplus.com.