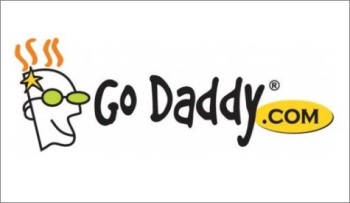 The “security leader” of Anonymous has claimed responsibility for taking down the internet’s biggest web host.

You may have noticed that Go Daddy, the largest internet domain registrar and web hosting company in the world, isn’t currently online. You can thank Anonymous for that, specifically @AnonymousOwn3r, the “security leader” of the amorphous internet collective, who claimed personal responsibility, independent of Anonymous, for the attack.

“The attack is not coming from Anonymous coletive , the attack it’s coming only from me,” he tweeted earlier today. As for why he launched the attack, that remains a bit of a mystery. “I’m taking godaddy down bacause well i’d like to test how the cyber security is safe and for more reasons that i can not talk now,” he continued. “I’m not anti go daddy, you guys will undestand because i did this attack”

The unfortunate part for the internet at large is that any domain registered with Go Daddy that uses its nameservers and DNS records has also been knocked out by the attack, even if the site is hosted elsewhere. And while a few individuals have expressed disappointment or anger that the attack is harming individuals as well as corporations, the Anonymous collective, despite not being directly involved, has thrown its support behind the attack: both @Anon_Central and @AnonOpsLegion tweeted, “By using / supporting Godaddy, you are supporting censorship of the Internet.”

According to a poster on the Hacker News, Go Daddy’s customer support lines are down as well, although that’s more likely due to an overwhelming number of incoming calls rather than any direct action by Anonymous. Go Daddy acknowledged its current difficulties on Twitter, writing, “We’re aware of the trouble people are having with our site. We’re working on it.”

At least one company is making the best of the situation, however: Go Daddy rival HostGator is offering 50 percent off domain registrations and six months free on new hosting accounts for anyone using the coupon code “godaddyisdown.”