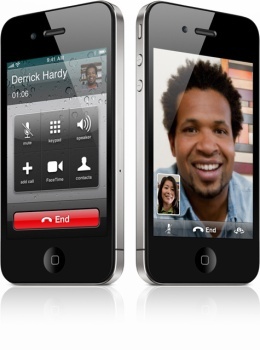 Apple has patented a new kind of “anti-sexting technology” that will give parents the ability to force their kids to come up with new and different ways to describe their intense, graphic lust for one another over their mobile phones.

Apple was awarded the patent yesterday for new technology that will let an “administrator,” which I guess would be somebody like your mom, block offensive content on iPhones by either cutting out the naughty bits or preventing entire messages from being received. Unlike conventional profanity filters, Apple claims its new technology can be adjusted based on a child’s grade level and will also filter out abbreviated words that other software may miss. Furthermore, instead of just blocking specific nasty words, this system attempts to “recognize the overall offensiveness of a message and [compare] that to a kid’s age and learning level.”

On a more practical note, the filter will also work the other way, forcing users to include certain kinds of content in messages in order to keep their service active. The patent cites the example of a student learning Spanish, who could have his texting privileges suspended unless he includes a specific number of Spanish words or phrases in his messages.

But let’s be honest, what we’re really talking about is talking dirty. Is this the beginning of the end of inappropriate teenage texting? Hardly. As TechCrunch noted, “Those interesting in ‘sexting’ will probably find some clever workaround to express how much they want to bang, screw, hit it or a myriad of other words that don’t immediately set off the censorship sensors.” And that’s assuming that some hyper-hormonal hacker doesn’t come up with a way to break the filter about, oh, 20 minutes after it comes to market.

One thing Apple’s anti-sexting filter won’t touch is photos or videos attached to messages. And if a picture really is worth a thousand words, 160 characters should be no problem at all.