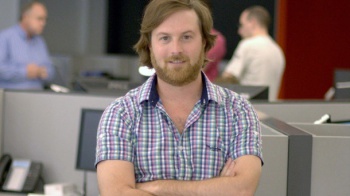 When we last heard from Assassin’s Creed creator Patrice Desilets, he was unceremoniously being given the boot by his employer Ubisoft. Desilets vowed “to fight Ubisoft vigorously for my rights, for my team and for my game,” and he has now strapped up his boxing gloves, filing a lawsuit against the publisher for $400,000 in damages as well as the right to purchase 1666, the game he was working on when he was fired.

According to the filing, THQ’s agreement with Desilets offered the developer a great deal of creative freedom that Ubisoft refused to offer, which lead to the falling out. The filing also includes quoted statements from Ubisoft CEO Yves Guillemot stating that the executive “loved 1666: Amsterdam and wanted to conduct its development.”

Ubisoft offered the following statement regarding the lawsuit:

“As stated before, the acquisition of THQ Montréal in January allowed Ubisoft to welcome 170 experienced developers to our existing and renowned workforce. Unfortunately, the discussions between Patrice Desilets and Ubisoft aimed at aligning Patrice’s and the studio’s visions were inconclusive. We received Patrice’s legal request and will address it in court. We will make no further comment at this point.”

When Desilets first left Ubisoft to work for THQ several years ago, Ubisoft tried to sue THQ to prevent other employees from also switching sides. Ubisoft lost that battle, but managed to re-acquire Desilets, his team, and the 1666 game they were working on, when it bought out various THQ studios following its rival’s collapse.

Ubisoft and Desilets also gave quite different accounts of Desilets’ termination earlier in the year. Ubisoft claimed that Desilets left of his own accord, while Desilets assures us that he was “handed a termination notice and was unceremoniously escorted out of the building by two guards.”