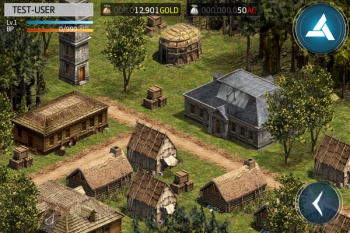 The Assassin’s Creed mobile game is less about leaping from rooftops and more about building them.

The technology behind mobile gaming may have improved by leaps and bounds over the past decade, but that doesn’t mean we’re ready to see exact replicas of console platformers on smartphones just yet. Touchscreen technology is great for strategy, puzzle, or reaction-based games, but the majority of mobile third-person action titles generally fail to take off the same way. Still, that fact isn’t going to stop publishers from releasing mobile tie-ins to popular franchises, but it does mean that some creative changes to the coreplay may occur. Enter Assassin’s Creed: Utopia for Android and iOS, a game that largely drops the platforming elements of previous AC games in favor of simulating colonial-era city building.

In Utopia, the player is a pioneer building an entire community during the early colonial period of American history. Over the course of 150 years, the player will make decisions regarding how the town grows and thrives until the outbreak of war that signals the American Revolution. Of course, the game’s assassination roots haven’t been completely forgotten: The player will also be responsible for the local chapter of the Assassin’s Guild, which can be pitted against in-game enemies or human players through asynchronous 3D battles.

Although Utopia‘s timeframe is set immediately before Assassin’s Creed 3, the two games will have no direct connection to each other. The stories will be completely independent of each other, save the obvious colonial references, and the mobile version will not unlock any special features for the core game, as was the case with the Mass Effect mobile games. The game is simply a straight-up, honest-to-God, Assassin’s Creed City Sim, and I can’t entirely decide if I find that to be bizarre or pleasantly refreshing.

Rumor: Wii U Zelda Will Be Biggest Zelda Yet

Asylum of the Daleks