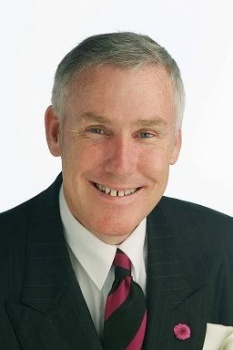 South Australia Attorney General Michael Atkinson says the upcoming public consultation on videogames will likely show “overwhelming” support for an R18+ rating because the only people who care enough to get involved in the debate are gamers.

The Australian government began a “public consultation” in December 2009 on the question of implementing an R18+ rating for videogames, which has been hung up for years at the state level thanks largely to the efforts of Atkinson. The creation of such a rating requires the unanimous assent of the country’s state-level “censorship ministers,” effectively meaning that as long as Atkinson remains as the state’s Attorney General, Australia will be a nation in which videogames are strictly kids’ stuff.

But with the public consultation nearing, Atkinson appears to be hedging his bets somewhat. Speaking to GameSpot AU, he predicted that the process will show high levels of support for a “mature” videogame rating but suggested that such a result would be pretty much invalid because the average Australian won’t care enough to speak out about it. Furthermore, he claimed the discussion paper is biased because it doesn’t clearly present to people what sort of content they’re voting for.

“I don’t think the discussion paper presents a fair and balanced view of the issue without pictures of the games that would be rated R18+,” he said. “I think the majority of the population are unfamiliar with these games and without images, they won’t be able to imagine them in their mind’s eye. They’ll have no idea how violent or sexually depraved they are, and what kind of torture, drug use, and blood spatter they include.”

“I also believe that very few people outside the gaming community will have a say in this public consultation, which will mean an overwhelming response in support of R18+,” he added.

It’s amusing to hear Atkinson accuse Australian voters of being ignorant about videogames when it’s been demonstrated time and again that he has very little idea about them himself. His favorite videogame target remains RapeLay, which he has repeatedly held up as an example of the every-day depravity of games and those who play them despite the fact that it’s not available for sale outside of Japan.

Atkinson said that it’s unlikely he’ll give up his crusade against R18+ videogame ratings, particularly while gamers continue to abuse and threaten him and his family. “I’ll consider changing my mind about all this when the gaming community decide to behave in a civil fashion and apologize for the threats to me and my family,” he continued.”But I don’t plan to back down from the fight. I started my mission and I plan to finish it.”