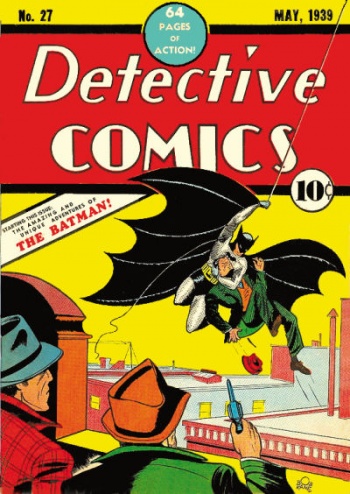 A comic collector has paid a tidy sum to get his hands on a copy of the first appearance of Batman.

An issue of Detective Comics #27 has sold to an anonymous collector at auction for $1,075,000. The comic, which originally went on sale in May of 1939 contains the very first appearance of Bob Kane and Bill Finger’s Batman, and has broken the record for comic books sales, set by the million dollar auction of Action Comics #1 – which contains the first appearance of Superman – earlier this week.

The record for comic books sales before the pair of million dollar sales had stood at $317,000 for another copy of Action Comics #1. The value of the sale comes as something of a surprise, even after the Action Comics sale, as the comic had only been valued at around $100,000, although advance bidding had reached $400,000 by the time the auction started.

Does this finally prove once and for all that Batman is better than Superman? Probably not, but it does prove that some comic book fans have very deep pockets indeed.

Reliable Source: I Once Punched a 13-Year-Old in the Face

Has God of War Creator Given up on Reviews?