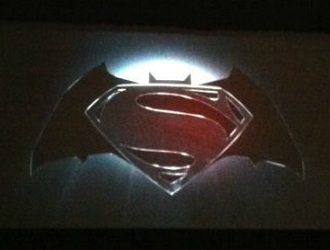 The follow-up to Man of Steel will put Batman and Superman together on the big screen for the first time.

It’s been revealed that Warner Bros. is in the process of creating a sequel to Man of Steel that will pair Superman with Batman on the big screen for the first time. The new film will be helmed by Man of Steel director Zack Snyder with Christopher Nolan again on as executive producer and David Goyer returning to pen the script. The film is expected to release in Summer of 2015 and serve, in part, as a prelude to a 2017 Justice League movie.

The immediate question coming out of this announcement is what the new movie’s relationship will be to Nolan’s none-too-recent Batman films. Producer Emma Thomas, who worked on The Dark Knight Rises, Man of Steel and will also be helping with the new Batman/Superman film offered some clarification. “Whilst our Dark Knight trilogy is complete, we have every confidence that Zack’s fresh interpretation will take the character in a new and exciting direction.” The Bats in the new film, it would seem, will not be the same gravel-voiced gangster puncher from Nolan’s Dark Knight trilogy. Comments by Zack Snyder would also suggest the meet-up between the two heroes could be less than friendly. “It’s beyond mythological to have Superman and our new Batman facing off, since they are the greatest Super Heroes in the world.”

While we have to admit that it would be a neat turn to have Batman as an antagonist in the next Superman film, we still have some concerns that Warner Bros. may be rushing things a bit out of the hope of quickly piecing together a Justice League film to counter Marvel’s monstrously successful Avengers. Granted, the team may arguably be up to the task and there are other DC hero films, such as a 2016 Flash movie, rumored to be in the works. That said, we’re hoping Warner Bros. takes its time. The DC Universe is an incredibly rich setting possessing countless characters that deserve their own films and, in turn, could help set the foundation for a proper Justice League flick.