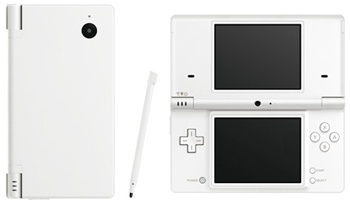 In a recent interview, Beyonce, aka Sasha Fierce, aka the girl from Goldmember, talked videogames on the set of a promotion for Nintendo’s upcoming American release of the DSi.

Not surprisingly, Dues Ex and Thief are nowhere to be found on Beyonce’s list of favorite games. Her tastes fall squarely within the realm of the casual gamer, as evidenced by the following quote from the article: “I like all the Wii games. Love Guitar Hero.” Once again, that’s the Nintendo Wii and Guitar Hero, both available now at a store near you!

She also talks about her (justified) frustration with karaoke games, saying, “I’ve actually played some karaoke games with the old Destiny’s Child songs. It’s so funny, because I don’t get great scores. I’m like, ‘How is that possible?'” The fact Beyonce is an actual musician and not a drunken Japanese salaryman might have something to do with it.

According to the interview, Beyonce has apparently just finished recording a commercial for the upcoming American port of the DS game Rhythm Tengoku. We assume they picked Beyonce to promote the supremely quirky Japanese rhythm game because they’re both pleasing to look at and enjoy making synchronized movements to music.

Beyonce elaborated on her enjoyment of videogames in a very mouthpiece fashion saying she “loved” Super Mario Bros., which is akin to saying bread is your favorite food. Beyonce joins, among many others, Nicole Kidman, America Fererra and Captain Picard himself in Nintendo’s relentless advertising push to get every living human being on earth to go out and buy a DS Lite, DSi, or preferably, both.