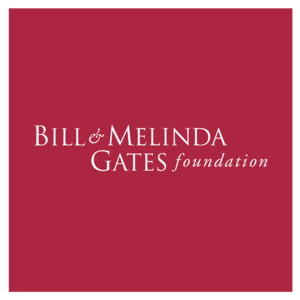 Say it with me: Power to the Poop! I trust that you are fist-pumping when you say it, like I am right now in The Escapist office. For too long, we as a people have neglected the greatest resource produced by the human body: our own excrement. Now that Bill Gates no longer runs the day-to-day operations of Microsoft, he has turned his eye and his billions of dollars to projects he believes will help the greater good. Since it was founded in 1994, The Bill & Melinda Gates Foundation has donated millions to HIV research, financial services for the poor and to help with disasters such as the Kashmir earthquake in 2005. Today, the foundation announced that it would fund 31 projects that will hopefully turn poop into gold – or fertilizer, or energy, or drinkable water.

“Wherever people live, there’s wastewater. It’s a 24/7 thing,” said one of the grant recipients, Daniel Yeh, a civil and environmental engineer at the University of South Florida. “Why don’t we connect the whole picture together and close the loop?”

Yeh’s NEW generator uses microorganisms to remove usable methane (natural gas) from wastewater, and leave water rich in nutrients like phosphorus and ammonia that can be used for agriculture. Yeh will use the $100,000 grant to develop a prototype device that could help urban centers in the third world.

Among the 31 projects funded are some really amazing ideas. Zhiyong Ren from the University of Colorado Denver wants to create a system that will convert waste into electricity. Yinije Tang at Washington University in St. Louis is working on a species of fungus that will take poop and turn it into butanol, a biofuel on par with gasoline or ethanol. All of these projects were submitted back in March 2011 as part of Gates’ program to “Create the Next Generation of Sanitation Technologies”. According to the application information, insufficient sanitation accounts for millions of preventable deaths, especially among children.

“2.1 billion of the world’s urban population use non-piped (non-sewered) sanitation technologies such as latrines, cesspools, septic tanks, or aqua privies to capture and contain their excreta (fecal matter and urine). These types of sanitation ‘solutions’ tend to be unsustainable and are often detrimental to public health,” the call for proposals said. “An estimated 1.6 million children die each year from diarrheal diseases, many of which are caused by fecal-oral contamination. The purpose of this call for proposals is to help make sanitation services truly safe and sustainable for the poor.”

I think it’s awesome that Bill Gates is using his wealth and ability to management ability to serve the greater good. When you think about it, his foundation is a lot like Microsoft – a large organization with many small projects going on simultaneously. That he’s using the power of his foundation to help the world’s poop is just the fecal sludge on the cake.