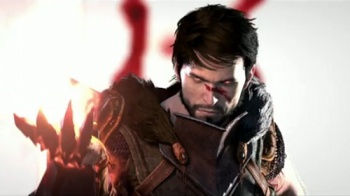 BioWare is caught in the middle of a swirling controversy over a perfect Metacritic user review for Dragon Age 2 that was posted by its employees.

“The immersion and combat of this game are unmatched! A truly moving and fun epic,” the Metacritic user known as Avanost wrote in his glowing review of Dragon Age 2, which he scored a perfect 10/10. “Anything negative you’ll see about this game is an overreaction of personal preference. For what it is, it is flawlessly executed and endlessly entertaining.”

Whether or not you agree with the accuracy of that assessment isn’t particularly relevant. What has people up in arms is that it was apparently written by an applications engineer named Chris Hoban, who also happens to be a BioWare employee – and who made no mention of that fact in his review.

The situation first came to light when a Reddit user noticed that the top Dragon Age 2 user review on Metacritic, written by the aforementioned Avanost, came off “almost like a press release.” He then noticed that Avanost’s Dragon Age 2 review is the only one he’s ever written. A quick Google led to a name, which led to a Linkedin profile and something called Plurk, which led to the conclusion that Hoban, whether acting in an official capacity or not, wasn’t being entirely forthcoming.

It could be a coincidence or a case of mistaken identity, but Avanost’s review has quietly been pulled from the site, which is usually a sign that some sort of shenanigans are afoot. [Fortunately, a cached version is still available.] There’s also the matter of another one-off Dragon Age 2 reviewer who gave the game a perfect score by the name of LupoTheeButcher, which also just happens to be the forum name of Dragon Age Project Manager Benoit Houle. That link isn’t nearly as well established as Hoban’s but the “sound byte style” is very similar.

From a practical perspective, the two perfect review scores have no bearing on the game’s performance whatsoever and have actually done more harm than good, as the predictable backlash has resulted in hundreds of Amazon-bomb-style negative reviews. But from an ethical perspective it’s an entirely different matter. Hoban (and, perhaps, Houle) may genuinely think that Dragon Age 2 is all that and a bag of Doritos but the failure to disclose their obvious conflict of interest is a huge lapse in judgment at the very least, not to mention monumentally stupid. One Metacritic user review more or less isn’t going to have any impact on the game’s fortunes. But one BioWare employee busted while secretly shilling for his company and trying to artificially inflate a review score? That’s the sort of PR disaster that people don’t quickly forget.

UPDATE: Electronic Arts has apparently decided to balls it out with a statement to Kotaku that actually defends the review as no big deal. “Of course the people who make the game vote for their own game,” a senior PR manager said. “That’s how it works in the Oscars, that’s how it works in the Grammy’s and why I’m betting that Barack Obama voted for himself in the last election.”

Of course one might wonder why, if “that’s how it works,” Avanost’s review disappeared from Metacritic so quickly and quietly. After all, if everything’s cool, why not leave it there for the world to see?