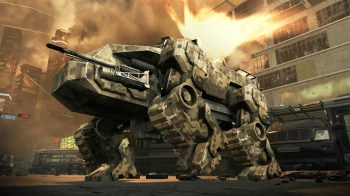 Call of Duty remains a sales juggernaut, despite analysts’ worries.

When Activision chose not to reveal the 5-day sales total for Black Ops II – a figure announcement that had become a yearly tradition for new Call of Duty titles – some analysts cried foul. Well it seems there was little cause for alarm, as the newest Black Ops title has reached the $1 billion sales milestone in just 15 days. Modern Warfare 3 reached eclipsed that lofty figure in 16 days.

In a press release, Activision also notes that it took James Cameron’s Avatar 17 days to reach the mark, just for a bit of perspective.

CEO of Activision Publishing, Eric Hirshberg is also predictably upbeat, noting “In order for Call of Duty to remain the entertainment juggernaut that it is, and keep our fans coming back for more, we need to continue to bring fresh ideas and new innovations to the table every time, while always staying true to what people fell in love with in the first place. That’s what we did with Call of Duty: Black Ops II and that’s what we intend to keep on doing.”

The company also boasts that 150 million hours of Black Ops II have been played across Xbox Live and PSN since launch, not including playtime on the PC version.

BioShock PS3 Extra Only Available in US