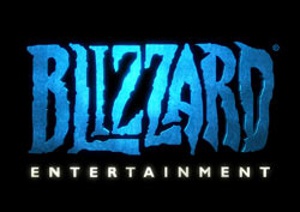 The hundred man team working on “Titan” has been cut down to thirty, who will start everything over from scratch.

If you’ve been waiting for Blizzard’s unannounced next-gen MMO project “Titan,” you may want to stop holding your breath. Despite apparently being in development since 2011, when Blizzard said it had assembled “Some of our most experienced developers” for the project, it now seems that the team has been drastically cut back, development completely reset, and the game’s estimated release delayed until 2016 at the earliest. Blizzard chief operating officer Paul Sams once told us that “Titan” will “blow people’s minds.” I guess our minds will remain intact for quite a while longer.

“We’ve always had a highly iterative development process, and the unannounced MMO is no exception. We’ve come to a point where we need to make some large design and technology changes to the game,” Blizzard spokesman Shon Damron told Venture Beat. The team of one hundred developers who were working on the project have been cut down to just thirty, with Damron assuring us that “We’re using this opportunity to shift some of our resources to assist with other projects while the core team adapts our technology and tools to accommodate these new changes.”

Blizzard’s current MMO, World of Warcraft, is notoriously referred to as the company’s cash-cow, generating over $1 billion annually for several years. However, the cow seems to be drying up, with a significant decline in the game’s playerbase over the last few months. Will this considerable delay of “Titan” affect World of Warcraft? Or will more people sign up if they think Blizzard’s next MMO is still quite a while off?

One thing Blizzard’s teams are not known for is their speed, second only to Valve in lengthy delays of its flagship games. Blizzard has restarted and even cancelled games in the past if it didn’t think they were working out. The “Titan” project has never been officially announced by Blizzard, the codename itself was leaked by an insider, and the estimated 2014 release date was due to a leaked Blizzard release schedule. Could “Titan” become the next Starcraft: Ghost?

Team members shifted away from “Titan” will be put to work World of Warcraft, Blizzard All-Stars, the as-of-yet-unnamed Diablo III expansion, cinematics and Battle.net.

Bioshock Writer Fed Up With Industry