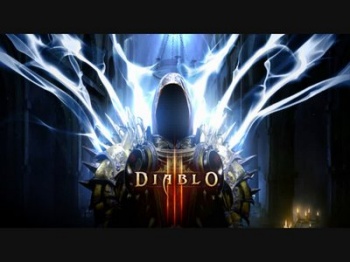 While there’s still no official release date in sight, Blizzard execs say they have made it a goal to release Diablo III this year.

We were all so resigned to the fact that Diablo III wouldn’t be coming out this year, when a glimmer of hope appeared. Michael Morhaime and Rob Pardo, big-wigs over at Blizzard Entertainment, shared some delightful information.

Might we be seeing Diablo III sometime this year? “We really, really hope so. That’s our goal,” Pardo said. “Our goal is to get there. But you know, at the end of the day, we are going to get it right. That’s more important. We’re going to promise, we’re going to get it out there when it’s awesome. And, we’re crossing our fingers, maybe it will be this year.”

Blizzard has a track record of delaying games for long periods, but taking that time to fine-tune and hone their game, almost always releasing a quality product. Not wanting to release something half-finished is a laudable endeavor.

Could Diablo III be a bit simplistic for today’s gamers? “We always felt there was a niche that wasn’t really being served,” said Morhaime, “that the Diablo gameplay experience was very different from a lot of games that are out today.”

I would have pointed at games like Torchlight and Deathspank, shaken my head in disagreement, and told Mr. Morhaime that that niche has been nicely filled in Diablo‘s absence, but I would have been interrupted by Pardo’s own disagreements.

“Niche implies something small, this little crevice we need to work ourselves into,” Pardo said. “The thing Diablo has always done really well is broaden the RPG market. It brought people into it, who might not have come into it before. It’s there for anyone who wants to have fun for 15 minutes or three hours.”

Whether the game fills a niche or not, the idea that I may be sitting down for a 3-day marathon of Diablo III sometime this year makes me giddy.