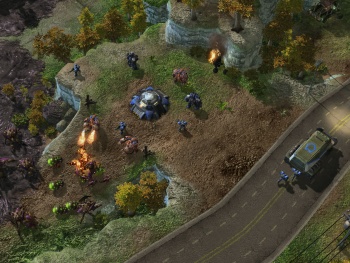 Blizzard Entertainment says it’s “definitely listening” to feedback about the new Real ID system for the Battle.net forums, but don’t hold your breath waiting for the company to change its mind.

The outrage that greeted Blizzard’s decision to “remove the veil of anonymity” from the Battle.net forums was entirely predictable. It’s not nearly as easy to act like a jerk, after all, when you’re not protected by an impenetrable cloak of virtual invisibility. Which is obviously the whole point of the exercise, but the impending loss of their secret identities has an awful lot of gamers up in arms.

Blizzard has noticed and is “definitely listen to player feedback,” a rep told Gamasutra. “[We] will be carefully monitoring how people are using the service. Real ID is a new and different concept for Blizzard gamers – and for us as well – and our goal is to create a social gaming service that players want to use.”

“It’s important to note that both enabling Real ID in game and posting on the official Blizzard forums are completely optional,” the rep continued. “Players can continue to read the forums anonymously regardless of whether they choose to post in them, and their gameplay experiences will not change if they choose not to use the Real ID communication features in game.”

The use of Real ID doesn’t actually require a real name at all, as gamers can register whatever name they want when they sign up. But each game’s CD key will be tied to whatever name is used and the rep warned that “multiple teams” on the forums will be on the lookout for fake-sounding names.

“In addition, our Terms of Use agreement requires that players provide us with accurate information, as certain aspects of the customer service we provide (for example, addressing forgotten-password issues) rely on identity verification,” the rep noted. “If a player uses a fake name, it would ultimately impact our ability to provide him or her with timely service.”

The use of Real ID will become a requirement in the StarCraft 2 forums at the end of the month, while the World of Warcraft forums will make the switch with the release of the Cataclysm expansion.