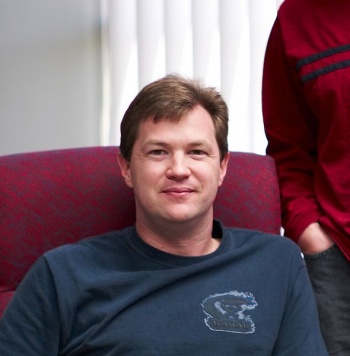 World of Warcraft turns five this month, and we sat down with Blizzard VP of Game Design Rob Pardo to chat about the biggest triumphs and biggest mistakes of the mega-MMORPG, and why he’s not worried that their new MMOG will kill it.

It feels hard to believe, but in just over a week on November 23rd, World of Warcraft will have been live for half of a decade. Love it or hate it, WoW is one of the most important and influential games in recent memory – but five years ago, nobody could have foreseen just how big it would become, including the man at the helm of the project:

“I certainly did not expect it to have such a transformational effect on our company and the industry as a whole … we thought that WoW would be able to expand [the MMO genre], but I figured that… if any game would ever pass the 10 million subscriber mark, it would be in many years, many generations of MMOs, many different evolutions of the genre,” Rob Pardo, Blizzard’s Executive Vice President of Game Design (and one of TIME’s People of the Year in 2006), told The Escapist.

With twelve million active subscribers around the globe – and a total subscriber count “easily more than double – maybe closer to triple” the current base, WoW smashed all previous records to become a dominant force in the industry. Though some point to WoW‘s prominence in the MMOG space as a stranglehold that makes it more difficult for newer games to succeed, Pardo disagrees – in fact, he thinks that WoW‘s success helps other games by introducing more people to the MMOG genre. People who would never have otherwise tried an MMOG beforehand picked up WoW, “(a)nd then when they were done, they decided to go, ‘Hey, I’ll give Lord of the Rings Online a chance, or Dungeons and Dragons Online a chance.’ The genre benefited from the growing of the market.”

On the other hand, anyone who tries to take the throne from WoW has “a huge hill to climb,” because it would be up against a full decade of game design – the five years before Warcraft launched as well as the five years of post-launch development.

Of course, Pardo and Blizzard recognize that WoW won’t last forever – which is why he isn’t too worried that Blizzard’s unannounced “next-gen MMOG” will cannibalize the WoW playerbase, leaving the company doing twice the work for the same amount of people. “Obviously, we want to compete with ourselves, and create something bigger than WoW … We know that someone is going to beat WoW one day. Someone is going to make a bigger MMO, it’s going to be faster and better.”

“If someone’s going to beat WoW, it might as well be us.”

Of course, Pardo also recognizes that there might not have to be too much cannibalization, since many of the people currently playing WoW weren’t the ones there when it first started. “There’s a whole bunch of people who tuned out of WoW two years ago or four years ago, but who really enjoyed it, and when another MMO comes out that tickles their fancy, they’ll jump into it.”

Yes, despite the game’s massive success, the developers are extremely aware that they’ve made mistakes, says Pardo. The lack of a proper Looking For Group tool was something he was “really unhappy” to not have at launch, and that tool is only now coming five years later in Patch 3.3. Aside from all of the technological errors like having too few servers at launch to keep up with the demand, Pardo thinks that the single greatest mistake as far as design of the game is concerned was the choice to introduce competitive “e-sports” into the game via Arenas.

“I’m not sure that that was the right thing to do with the game … we just added it on, so it continues to be very difficult to balance. Is WoW a PvE cooperative game, or a competitive PvP game? … I don’t think we ever foresaw how much tuning and tweaking we’d have to do to balance it in that direction. Either I’d go back in time to before WoW ever shipped and change the rules to make the basic game more conductive for being an e-sport, or if not that, just say it doesn’t make sense. Right now, WoW has a bit of a schizophrenic philosophy behind it, and we’re trying to figure out how to guide it.”

Mistakes aside, though, Rob Pardo thinks that his team’s biggest success is the game itself, and how they achieved their goal – to introduce the fun of high-end MMOG play to a wider audience – beyond all imagining. “[O]ur goal was to look at the genre, and we saw what was super fun about it … ‘Lets make a game where people can get to that fun, see it, and get invested in this wonderful genre instead of scoffing, and passing over it because it was an MMO.'”

“There were lots of little implementation details, but the idea was this: ‘Let’s just take this super fun genre that people don’t know really exists, and expand it out so that everyone can enjoy that.’ We set that goal and achieved it, and I’m most proud of that.”

To read the full transcript of our interview with Rob Pardo, head over to our sister site WarCry. Check back early next week for an interview with WoW Production Director J. Allen Brack and Blizzard Art Director Samwise Didier!

BlizzCon ’10 Not in Vegas After All

Diablo III Coming in “The Next Few Years”