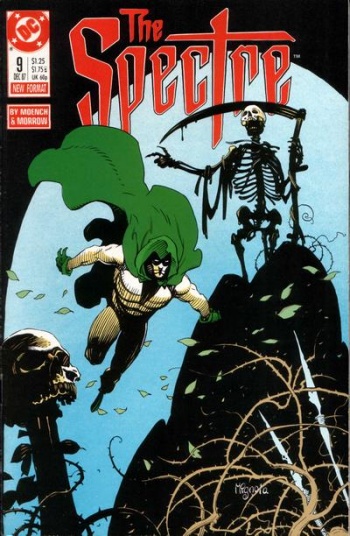 A ten year old boy in Utah was shocked to find pictures of naked ladies in a comic and so was his mother. So shocked in fact, that she went to the press.

When ten year old Sheldyn Conley opened up his “Superhero Comic Book Spectacular” – a collection of comic books that his mother had purchase for him at a local dollar store – he wasn’t expecting to see nudity and graphic violence from the outset.

The young boy was so surprised that he ran to tell his mother, who contacted ABC4, who sent someone to the store to get some answers. Reporter Annie Cutler went to the Dollar Tree store and spoke to the manager, who responded “Uhhh, oh my gosh,” and proceeded to pull the comic collections from the shelves.

The comic in question was an issue of The Spectre from its run in the late 80s, a run meant only for adults. It’s a pretty big slip-up to put a comic like that in collection described as “family friendly”, but if you watch the coverage – which you can by clicking here – it’s interesting, and more than a little pleasing, how little people seem to be freaking out about this.