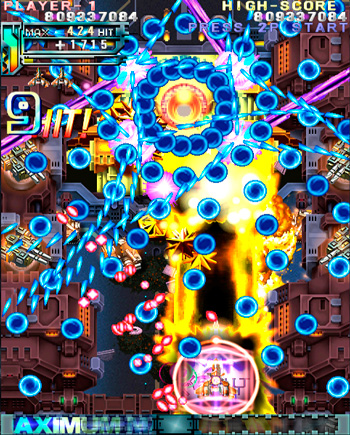 Cave, a developer known mostly for its brutally-difficult shoot-em-ups, is refocusing on the social game market and putting some of its current projects on hold.

Believe it or not, bastardly-hard 2D shooters are somewhat of a niche genre these days. Despite Cave’s legendary status amongst shmup fans, things haven’t been going too well for the Deathsmiles developer.

It doesn’t help that Cave’s games are generally restricted to Arcades, PCs and, of all consoles, the Xbox 360.

Cave’s solution to its money problem? Jump ship. The company just announced that it will be putting some of its more niche projects, read: shooters, on hold in order to fund social games. This won’t be Cave’s first foray into non-shooter territory; they developed Shin Megami Tensei: Imagine, an MMO based in the Megami Tensei universe, for Atlus back in 2007.

While many gamers will lament another core developer – and they really don’t come more ‘core’ than Cave – switching over to the social game market, I’ve always seen it as an opportunity for good developers to develop good games for a wider audience. Also, the idea of someone firing up the Japanese equivalent of Facebook only to be faced with a game that resembles this, warms my heart. It really does.

Torchlight Developer Says No to SOPA