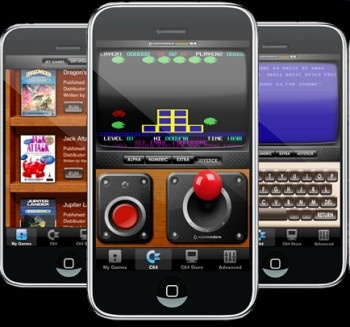 Just a couple of days after it finally gained approval, a Commodore 64 emulator app for the iPhone has been pulled from the App Store over concerns that users can access the software’s underlying BASIC programming language.

Despite its obvious appeal to nostalgic gamers, the Commodore 64 for iPhone app suffered through a very long and drawn-out approval process. Apple was apparently worried about the presence of the BASIC programming language and the potential havoc users could unleash with it; after some negotiations, developer Manomio removed access to the BASIC shell and Apple finally gave it the thumbs-up. It became an immediate hit, breaking the top-20 paid games list in most territories within two days.

All was well for a day or so, until some enterprising folks discovered that BASIC wasn’t actually removed, just hidden, and that accessing it was a remarkably simple procedure. Needless to say, Apple wasn’t too happy about this particular turn of events and responded by immediately pulling the game.

Manomio claims it only recently became aware of the trick and has submitted a new build of the emulator to Apple which properly removes BASIC access. Unfortunately, it didn’t arrive in time to keep the emulator from being removed from the App Store, so the studio is now trying to arrange a meeting with Apple to clear up the matter and get the program back on the App Store “as quickly as possible.”