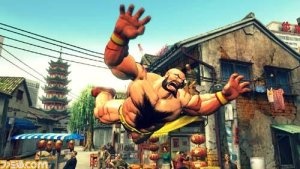 The days of platform-exclusive development at Capcom are over, as the developer announced today that all future projects will be multi-platform deals for the PlayStation 3, Xbox 360 – and even the PC.

“All major titles launched during the next fiscal year or thereafter will be developed as multi-platform games,” the company said in its year-end shareholder report for fiscal 2008. It will accomplish this goal through the use of “MT Framework,” an in-house platform that allows Capcom to develop games for multiple consoles simultaneously. As a result, the company will be able to reach the maximum number of users while at the same time avoiding the worst pitfalls of the console wars. “This groundbreaking tool makes it possible to share technologies, information and know-how, and reduce development time and cost,” Capcom said in its report. MT Framework was used to produce Devil May Cry 4 and Resident Evil 5 as well as other titles still in progress.

Along with abandoning exclusive development, Capcom has also indicated that development for the PC is a big part of its future plans. The 3-D version of Bionic Commando, a “cinematic third-person shooter,” is coming for the PC as well as the PlayStation 3 and Xbox 360, as is an online Street Fighter game, and the company cites “Increasing Capcom fan-base with mobile games and PC games” as one of the four points of its “Strategy To Growth.”

Capcom’s decision to maximize its console development potential makes particular sense in light of the importance of the home gaming market to the company, which reported that over 62 percent of its net sales came from videogame development, totaling $482 million in net sales. Noting the emergence of “women and middle-aged people” as gamers as well as the rapid growth of the European market, the report said, “We own a wealth of strong properties including scores of million-selling titles and popular characters. We have the ability, the resources and the experience to develop content that meets diversified customer needs.”