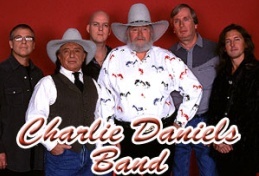 Country musician Charlie Daniels has expressed disgust over the Guitar Hero III version of “The Devil Went Down To Georgia,” and warned parents that in-game content may be inappropriate for children.

In an April 4 entry on the Charlie Daniels Band website, found via Kotaku, Daniels wrote that he lost the publishing rights to his most famous song several years ago, and as a result, while he did not grant permission for the developers to “pervert” his song he had no say in the decision to license the song to Activision.

Daniels seems particular disturbed the imagery contained in the game, writing, “The game really has a dark side complete with grotesque monsters on stage with the band, strange, eerie lighting effects and all manner of weird things popping up on the stage. To tell you the truth the whole thing bothered me and struck me as something that is not the healthiest thing in the world for young, impressionable minds to be exposed to, but the thing that really got me was what they had done with my song.”

“The song, ‘The Devil Went Down To Georgia,’ which I wrote, is supposed to be a lighthearted novelty about a fiddling contest between a country boy and the devil and the devil always loses,” he continued. “That is not the case with the Guitar Hero version which comes complete with a horned, guitar-playing devil who battles the player and very often wins.”

“I want any of you parents out there whose children have this game to know that I did not grant these people my permission to pervert my song and am disgusted with the result,” he wrote. “I would never grant permission for some company to create a videogame version of a song I wrote in which the devil wins a contest and I’m sorely disappointed with the company who owns the copyright for not policing the situation. As it is they have allowed these people to violate the very essence of the song.”

Daniels added that he doubts he has any legal recourse with regards to Activision’s continued use of the song, but offered “a little advice to parents of young children. This game looks innocent enough but if you have a child who is playing it, take the time to sit with him or her while they’re playing along and take a serious look at the images on the screen. You may be surprised at the world they’re being exposed to.”

Daniels’ music career began in the 1950s, and while he is best known for “The Devil Went Down To Georgia,” he also had hits with “In America” and “Still in Saigon,” and has played on records for musicians including Bob Dylan, Johnny Cash and Leonard Cohen. His Guitar Hero III opinion piece can be read in its entirety here.