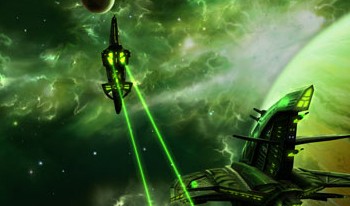 Codemasters has filed a lawsuit against NetDevil over the MIA MMO Jumpgate Evolution, alleging that the studio took the money and ran, and didn’t leave a game behind.

Ever wonder what happened to Jumpgate Evolution? Codemasters sure does. The publisher signed a deal with MMO studio NetDevil back in June 2008 to publish the game in the U.K. and Europe in exchange for roughly $1.4 million in up-front financing. Codemasters forked over the dough but the game was never seen; it was originally supposed to come out in June 2009 but in May of that year it was pushed back and nothing has been heard about it since.

And now it seems that Codemasters is tired of waiting. The publisher filed suit against NetDevil and its parent company Gazillion Entertainment, which acquired the studio in July 2008, demanding its money back and a cancellation of the contract, along with legal expenses and whatever else the court thinks appropriate.

“Codemasters has filed a Complaint with the federal court in San Francisco against Gazillion and NetDevil,” a community rep wrote on the Codemasters Jumpgate forum. “The allegations in the Complaint are clear and self-explanatory and address issues related to the development of Jumpgate Evolution. During the course of the litigation other documents will become part of the court’s public records further detailing the respective positions of the parties. On the advice of Codemasters’ U.S. attorneys, Codemasters has no further comment at this time.”

It’s not what you’d call a good sign for anyone looking forward to new space-based MMO action. Codemasters’ lawsuit can be read in full at courthousenews.com. (PDF format)