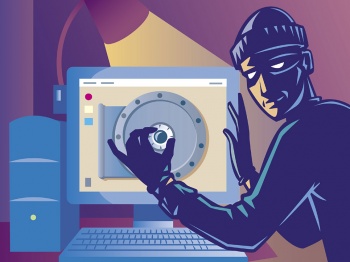 “The World’s No. 1 Hacker” and his team are getting a crack at 15 minutes of fame.

It seems like just about everyone is getting a reality show. “Real” housewives, ex-strippers, repo-men, Hawaiian bounty hunters, power gays in New York, and folks competing to be videogame testers are just a few of the folks that have TV crews following them around these days. Now, hackers can be added to the ever-growing list, as a computer security firm has just announced that it’s signed a deal for a documentary-style show that its promising will thrill audiences everywhere.

LIGATT Security International revealed today that it’s got a reality show – about life at both its Atlanta and Los Angeles offices – in the works. According to Greg Evans, the company’s CEO and self-described as the “World’s No. 1 Hacker”, the upcoming show is the result of people trashing the book he released last year.

Although LIGATT Security employees have talked about a reality show for years, it did not become a reality until June of last year after Evans released his latest book, “How To Become The World’s No. 1 Hacker.” With a number of people who had never read the book, but posted negative comments on blog sites, the company was contacted by a Hollywood figure. Controversy about the book is what led to the beginning of a website called, “The Cyber Wars.” The site was created to display not only Gregory Evans side, but also give the bashers a chance to explain theirs.

“It’s funny because everyone really thought it was me that created the site,” says Evans. The creator of the site stated what he was trying to do with the site and now it is a reality. With various reality shows airing such as, The Real Housewives, Storage Wars, Pawn Shop, and Operation Repo. To date, there has never been a reality show solely about computer security. “Who wouldn’t want to see a show on the most controversial security expert in the history of computer security?”

Recently, LIGATT employees “voted and agreed to sign a contract agreement allowing them to be filmed during their day-to-day operations. The network needed more than 80% of the employees to agree in order for the show to move forward.” Exactly which network will broadcast the show has yet to be revealed.

This isn’t the first time the company’s pursued bizarre PR schemes. LIGATT has been offering to train anyone (regardless of computer experience) to become a hacker in 15 minutes for a while. I have a tough time imagining that a show documenting what computer security experts do would be engaging enough to actually retain an audience, but stranger things have happened.