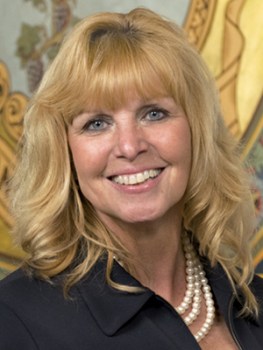 Money raised by the proposed tax will help fund “education concerning the danger of violent videogames.”

Connecticut State Representative Debralee Hovey has introduced a bill in the state legislature that would see an extra ten percent charged on all sales of videogames with an ESRB rating of M (Mature) or higher. Money raised by the tax would go to the state’s Department of Mental Health and Addiction Services “to educate families on the warning signs of videogame addiction and antisocial behavior.”

Hovey’s district includes Newtown, the site of the horrific Sandy Hook Elementary School massacre that left 27 people, mostly young children, plus the shooter dead in December 2012. Reports that the shooter’s favorite videogame was “Call of Duty” were widespread but hardly surprising, given that it’s one of the most popular entertainment franchises on the planet, but the proposed bill would go beyond just violent videogames like first-person shooters to cover everything M-rated or higher, including games like Family Guy: Back to the Multiverse, The Testament of Sherlock Holmes, Wing Commander and a whole bunch of mobile phone stuff including something called Fart Machine.

Connecticut isn’t the first state to consider a violent videogame tax; Oklahoma, Pennsylvania, New Mexico and Wisconsin have all previously considered similar taxes, although none have been implemented.