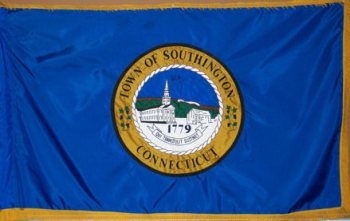 The Connecticut town says it has accomplished its goals of “raising awareness.”

In the wake of the mass murder at the Sandy Hook Elementary School in Newtown, Connecticut, citizens of the nearby town of Southington organized a “Videogames Return Program,” scheduled to take place on January 12, which would allow people to exchange violent videogames for gift vouchers that could be used for other, more family-friend forms of entertainment. The collected games would eventually be destroyed.

But now the program has been canceled. The SouthingtonSOS group said in a statement that the response to the initiative has been “swift, positive and supportive,” but that its two primary goals – raising awareness of violent videogames and “inspiring conversations at home” – have been accomplished, and thus the actual collection and destruction of games is unnecessary.

“Based on the success of our first two objectives, and a re-evaluation of the logistics involved in the physical return process, we have decided to cancel the return of violent video games on January 12, 2013,” SouthingtonSOS said in a statement. “Having achieved our essential goals the return program has simply become an unnecessary step in our basic mission. This action will also serve to reduce public inconvenience.”

If I was a man prone to speculation, I might suggest that it’s possible the group is trying to avoid an embarrassment comparable to that suffered by the 2009 videogame cull in Winnenden, Germany, which attracted virtually zero attention from the public at large. Or it could be – and I certainly hope that this is the case – that it took seriously the argument of psychologist Christopher J. Ferguson, who expressed concern that the focus on videogames could distract attention from the real problem and possibly make the situation worse, not better. Either way, the cancellation of a dubious response to a horrific event is almost certainly the best possible outcome.

A substitute for the promised vouchers for other, more family-friendly forms of entertainment will be given to family who have had “the violent videogames conversation with their children” will be provided by the Southington Chamber of Commerce.