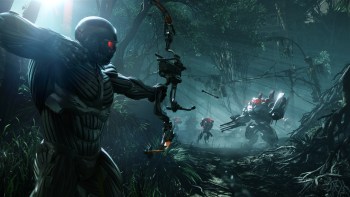 Cevat Yerli, the CEO of Crytek, says that great graphics are the key to immersion in a videogame.

For decades the progress of videogames has largely been defined by how pretty they look. You could tell the NES was more powerful than the Atari 2600 because the games looked better. Likewise, when the Sega Genesis launched, its superior visuals were one of the eye-catching things it did that Nintendidn’t. Recent years, however, have seen the emergence of developers experimenting with the presumed necessity of pristine graphics, opting instead to focus on gameplay or employing a specific style of visuals that may not technically be the shiniest. Others would insist, however, that at the end of the day the game that looks the best is the one you want to play.

“People say that graphics don’t matter,” said Cevat Yerli, CEO and president of Crytek. “But play Crysis and tell me they don’t matter. It’s always been about graphics driving gameplay. Graphics, whether it’s lighting or shadows, puts you in a different emotional context and drives the immersion. And immersion is effectively the number one thing we can use to help you buy into the world. The better the graphics, the better the physics, the better the sound design, the better the technical assets and production values are – paired with the art direction, making things look spectacular and stylistic is 60 percent of the game.”

While there are likely few out there that would argue that gorgeous visuals can’t help elevate a game to greater heights, you could make a case that perhaps Yerli is looking at the issue from a slightly narrow scope. While the experience of the Crysis games have largely been defined by the franchise’s devotion to excellent visuals, there are titles that employ different methods of immersion and styles of gameplay that arguably negate the necessity of good graphics. Likewise, the definition of eye-candy can vary wildly from person to person. Yerli might enjoy Crysis but I might personally point to Final Fantasy VI as the most beautiful game ever made. It’s in the eye of the beholder, as they say.