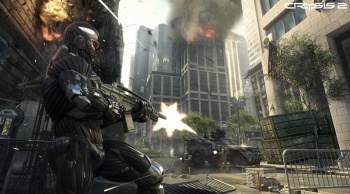 Users are reporting all kinds of glitches and problems, from freezing, to animation quirks, to not being able to connect to the demo at all.

The release of a multiplayer demo for Crysis 2 on the Xbox 360 yesterday means that people all around the world should be enjoying some hot, nanosuit action. Unfortunately for Crytek, a host of technical problems are making some peoples’ action rather tepid.

The reported issues on the Crysis forums range from problems with hit detection, to misreported latency, to disconnection and freezing problems, and even animation and graphics glitches. What’s more, some people claim that they cannot connect to the game at all, seemingly because they are using a wireless connection.

In a short statement, Crytek downplayed the number of complaints, saying that the technical problems were limited to just a few people. It thanked players – or would-be players in some cases – for their patience and support and said that it was working hard on fixing the problems. With the demo ending in just over a week, however, Crytek will have to move pretty quickly to get these bugs resolved in time.

It’s a little surprising that these issues weren’t picked up in the game’s beta tests, although they’ll almost certainly be ironed out before its release in March. This is quite bad news for Crytek though, because for better or worse, multiplayer plays a big role in making an FPS successful. If Crytek wants Crysis to take on the likes of Call of Duty, and producer Nathan Camarillo has said that he thinks the series can, it can’t really afford to have these technical problems persist.