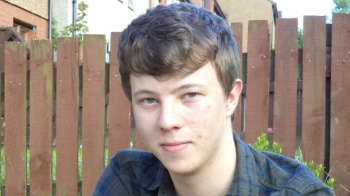 Bryan Henderson “had no clue” that Godus was on Kickstarter, and hasn’t actually played any of Molyneux’s games.

“What’s inside the cube?” was the question on everyone’s lips during Peter Molyneux’s Curiosity social experiment. After thousands of eager fans tried their hands at chipping away at the cube, Molyneux revealed that Bryan Henderson of Edinburgh would be that one lucky fan who gets to be a God in Molyneux’s upcoming Godus, as well as a cut of every Godus sale. A “life changing” prize, as Molyneux puts it, for a dedicated fan.

Except it turns out Henderson is not as big a fan as you would imagine, having only downloaded Curiosity about an hour before he was announced as the winner, and having never actually played any of Molyneux’s games before. “I downloaded the game only about an hour before I won, so I feel a little bad,” Henderson told Game Informer. When asked if he was a Godus Kickstarter backer, Henderson said “I didn’t have a clue that it was on Kickstarter,” adding “I haven’t played any of [Molyneux’s] previous games but I have always wanted to try Fable.”

“It’s very surreal, I’m still trying to take it all in. At the moment I’m not very clear on what I’m going to be able to do, but I do know it’s going to be incredible.”

While this kind of information is sure to whip up the most dedicated fans into a frenzy, we sort of had to expect this result from the start. The very nature of the experiment was that anyone could win, and everyone had an equal chance. If Molyneux wanted the “everyman” to be his God, then that’s truly what he got. Henderson is an 18-year-old graphic design intern whose favorite games include Halo 3, Dead Space 3, Assassin’s Creed, Battlefield 3, and Portal 2.

When asked about his own religious tendencies, Henderson stated that “I’m an atheist myself but I’m okay with everyone believing what they want to believe.” Henderson still isn’t quite sure of the limits of his power, but assures us that “it’s going to be incredible.”

Henderson says at this stage he only knows about as much as the public does, and says that Molyneux and the 22 Cans team should get back to him with more information soon.