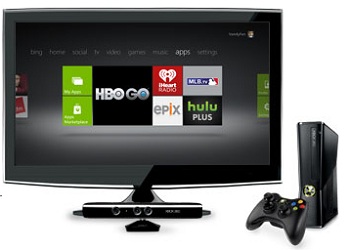 Father, Sam Ghera, has a beef with Microsoft after his 12-year-old son spent £1,150 on Xbox Live.

Sam Ghera has sent a complaint to Microsoft after discovering his 12-year-old son, Nik, had been spending up to £100 a day on “Fifa and Call of Duty,” racking up a total bill of £1,150 over six months. Ghera only found out about the numerous charges to his credit card when he went to an ATM, only to be told he had insufficient funds to make a withdrawal.

“He didn’t realize it was costing real money,” Ghera told the Daily Mail. “With sites like eBay and iTunes it always asks you for a password before you make a purchase, but with Xbox Live you just press a button and then your money’s gone.”

“I didn’t even know that it was storing my information, and even if that thought had entered my head I would have thought there would be something in place so it wasn’t so easy to spend money,” Ghera added.

“I contacted Microsoft but, six months down the line, they’re still saying they’re looking into it. I’m waiting for them to get back to me.”

Microsoft responded to the report, pointing out that the price of downloadable content is clearly stated during the purchasing process. The company failed to note that, as a 12-year-old, Nik shouldn’t have been playing Call of Duty in the first place, but it did mention that children’s XBL accounts are automatically restricted.

“Xbox Live accounts registered for children’s use have online activity automatically defaulted to off, and these can be enabled, should the parents wish, in the family settings section,” said a Microsoft Spokesperson.

“These settings include specifying the email address to which all purchase notifications are sent and using other features, such as ‘over the shoulder approval’, that allows the account holder to give permission for purchases by typing in a password.”