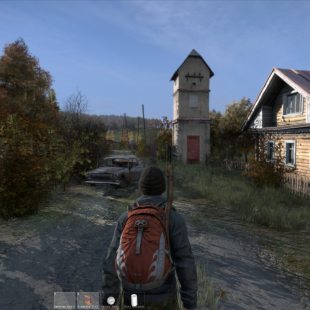 DayZ‘s development team are predicting “huge progress” over the course of the coming year.

A few days ago creator Dean Hall and Bohemia Interactive revealed that the early access alpha version of DayZ‘s standalone edition had sold 800,000 copies in its first month. These numbers were well in excess of Hall’s expectations, prompting him to say that the game’ssuccess would have “a very positive effect” on its roadmap going forward.

If fans were hoping this might mean a swifter development however, they might now find themselves a tad disappointed. In a recent blog post, the DayZ team revealed that the game probably won’t even “reach Beta status sooner than the end of 2014.” That being the case, the posting also affirmed that current players can expect “huge progress in 2014” and that the developer already has a fairly in-depth to-do list improve the game. Some of the features the team is working to implement or improve include hunting, customizable vehicles, player created constructions and a streamlined UI, among others.

Even so, we wouldn’t be surprised if this news left some fans a bit disappointed. It took already quite some time and several delays to get the game to its current alpha stage, and while Hall and company are being open about the length of the game’s development, it still has to be frustrating for fans eager to get their hands on the final product. That said, you never know, maybe things won’t take as long as expected. We’ll honestly be happy as long as Hall can keep the beta on schedule.