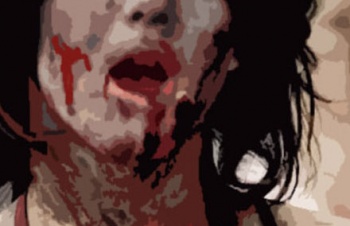 Zombies are everywhere these days, but very few games take the concept as seriously as DoubleBear Productions’ ZRPG, an open-ended RPG from two ex-Obsidian staffers that’s a “serious examination of a national crisis or natural disaster.”

Annie Carlson of DoubleBear Productions doesn’t want to hate on Plants vs. Zombies. She loves the game to death, she says. But her game, the just-announced “ZRPG” as it’s being called for now, is a far cry from the recent rash of undead-themed titles, PopCap’s wacky lawn defense sim included. Instead of a game where, as her partner-in-crime Brian Mitsoda puts it, zombies are “just something fun to shoot,” the ZRPG takes a serious, psychological approach to the idea of a zombie apocalypse, and that’s something Carlson has wanted for some time.

“Seriously, though, it’s a game I always wanted to play,” Carlson told The Escapist. “Something that took a more gradual, psychological take on something that’s overwhelming and horrifying, where you have to fight to keep your sanity and sense of agency – you can’t just grab a gun and hope to wipe all the bad guys out. You haven’t won, you’re not winning, you’re not even close to losing – you’ve lost.”

The theme of ZRPG, as Carlson and Mitsoda describe it, is survival. Built in the engine running Age of Decadence, a Fallout-style RPG from Iron Tower Studio, ZRPG is an open-ended, single-player, turn-based, erm, zombie RPG. “The focus is on survival, the survivors,” Mitsoda said. “Unlike other games that are just about blasting zombies, the difficulties in this game stem from dealing with the other personalities in the group, the threats from outside the group, and the dangers of daily existence in the absence of law and the presence of desperate humans and persistent undead. It’s more about the humans than the zombies.”

For Mitsoda, the relevance of the zombie setting in his game goes beyond the conceptual and into his real life experience. Having seen what disaster truly looks like living in Miami during Hurricane Andrew, the idea of social breakdown isn’t just fiction for him. “There was destruction everywhere you looked…it took months to get things back to a modest definition of normal,” he said. “Having lived through something like that, I felt a zombie scenario allowed me to take my own personal experience and work it into a broader examination of how humans deal with a crisis beyond their control.”

No offense to Valve or PopCap, but this is a whole other level of the zombie thing than it seems like anyone has touched upon in games recently. But while deep concepts are cool and all, can we trust that the game will live up to the ideas behind it? DoubleBear is leaking out info on gameplay systems (check out this discussion of how noise works in the game), but for now at least we know that Carlson and Mitsoda have serious RPG design cred. They both worked at Obsidian, and Mitsoda, who has done work at big names like Black Isle and Troika, was a writer and designer on Vampire: The Masquerade – Bloodlines.

Judging from DoubleBear’s work experience, I’m going to guess the ZRPG will be more akin to the first two Fallout games than Final Fantasy VII. And though it takes a much grittier look at its themes than its zombie game peers, on some level, there will be some fundamental things in common. “[Plants vs. Zombies] is a funny idea that lasts because there’s a compelling and very fun game behind it, though, and ideally that’s what I want to be at our core as well,” Carlson said. “The zombie part should be icing for some. Very, very disgusting icing. “