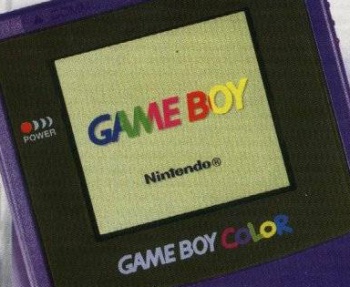 Blizzard once considered a handheld version of its iconic action RPG, complete with a Pokémon-style twist.

Imagine Diablo. Now, Imagine Diablo on a 2.6-inch screen. Sounds crazy, right? Well it didn’t sound so crazy to Blizzard back in the year 2000, and were it not for some unfortunate financial concerns it may very well have become a reality. David Craddock – author of an upcoming tell-all about the Diablo series titled Stay Awhile and Listen – detailed the wild concept in an excerpt released to Shacknews.

According to Craddock, after the release of Diablo II in the year 2000, several smaller teams within Blizzard began kicking around different ways to expand the IP. At the time, the Game Boy Color was doing its best to repeat the success of its predecessor and the Game Boy Advance was already on the horizon. Both seemed like perfectly viable platforms for a new Diablo adventure, though it doesn’t appear that Blizzard ever made it far enough in its planning to decide on one or the other.

The game was called Diablo Junior, at least internally, and was to act as a prequel to the events of the original game. Not only that, but the title was to be released in three different versions, with each of the three cartridges allowing the player to access a different character class.

Each version would also feature special items, requiring that players trade with each other in order to obtain them all. If this sounds vaguely familiar, it’s probably because that’s exactly the method Nintendo employed with its Pokémon series, and has ever since.

Ultimately, the project was canned due to the high cost of producing cartridges for Nintendo’s handhelds. I guess we’ll never really know what Diablo would look like in sweet, sweet 160 X 144 resolution, though it’s still adorable to think about.