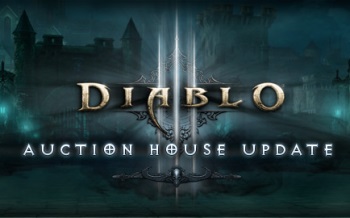 The Diablo III Auction House will removed from the game next year.

In news that will no doubt be welcomed by PC Diablo fans everywhere, Blizzard has announced that the Diablo III Auction House is being closed down. “When we initially designed and implemented the auction houses, the driving goal was to provide a convenient and secure system for trades. But as we’ve mentioned on different occasions, it became increasingly clear that despite the benefits of the AH system and the fact that many players around the world use it, it ultimately undermines Diablo’s core game play: kill monsters to get cool loot,” Diablo III Production Director John Hight revealed on Battle.net. “With that in mind, we want to let everyone know that we’ve decided to remove the gold and real-money auction house system from Diablo III.”

“We feel that this move along with the Loot 2.0 system being developed concurrently with Reaper of Souls will result in a much more rewarding game experience for our players,” he wrote. “We’re working out the details of how the auction house system will be shut down, but we wanted to share the news as soon as we made the decision in order to give everyone as much advance notice as possible. Please note that the shutdown will occur on March 18, 2014. We will keep everyone informed as we work through this process.”

The removal of the Auction House is both surprising and not. Blizzard had long insisted that it was a necessary component of the game as a safe place for players to trade equipment, but admitted back in March that it would probably shut it down if it could come up with an acceptable way to do so. The recently-released console versions of Diablo III, which don’t make use of the Auction House, further demonstrated that it wasn’t as necessary to the smooth functioning of the game as Blizzard had originally envisioned. It’s a big step, and long overdue – and who knows? Maybe a proper, offline single-player mode will follow someday, too.

Hacker Plays Doom With a Piano