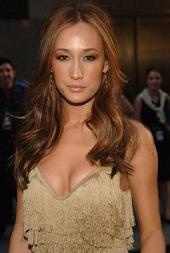 Live Free or Die Hard actress Maggie Q has found videogame acting to be fun and far more intricate than she had expected.

Another year, another Need for Speed from Electronic Arts is coming to satisfy those in need of an oil-fueled adrenaline rush. The next rendition of the franchise’s high-speed cops-and-cars gameplay, Need for Speed Undercover, is using a bigger budget to provide seasoned actors to portray the characters in a deeper storyline.

Maggie Q, who played one of the main villains from Live Free or Die Hard, stars in Undercover as Chase Linh, the protagonists federal boss. Game|Life sat down with Q to discover her personal gaming habits and where game and movie acting diverges.

“Well, first of all, I love racing games, period,” assured Q. “They’re my favorite, they’ve always been my favorite. Being in an arcade, and actually being in a car, and racing in a booth, that’s my experience. So the whole (controller) thing, and doing that now, that’s totally new to me. But these worlds that they create are so real, and so unbelievably fun, and there are so many obstacles and it’s just so layered. Before it used to be, you’re racing around a track, you’re racing against someone, and the point is not to bump someone. And now the point is to not get caught by the cops, and to not damage your car, not to… you know what I mean? It’s incredible.”

Switching between movie acting, where the writing flows naturally, to games that are choppy due to bits of gameplay, took some getting used to.

“Unlike a movie, when you’re shooting something like this you’re definitely taking a piece in a world and you’re integrating it into another world. So because I didn’t design the game, I don’t know this world, and that’s not my thing…. When you have a movie script, you know from A to Z where it’s going,” explained Q. “With this, we kind of had to really sit down and be very specific about where we are in the game, and what our motivation is, and what we’re trying to say, and where we’re trying to bring the player. It’s very, very technical, so in that sense it is very difficult.”

There’s also the issue of having to do voice-overs alone, which means the actress must learn her character even better to be able to sound convincing in a room wired with microphones.

She continued, “That’s very different, because in a movie, I’m meeting the other actors when we’re acting, and we’re actually talking about where we’re going. With Chase, that plan is hers entirely. But to know the other characters’ back-stories and then be able to move forward with them — she does that on her own.”

Previously, Q’s gaming experience was limited to the massive arcade booths, but her Need for Speed experience has opened her eyes.

“But for this, the production value is so high and so incredible — great sets, great director, great crew, great script — I had nothing to complain about,” she stated on Undercover‘s development. “I’ve got my PS3 now, games, you know — I have to wait for this one, obviously, but I can’t wait. I played it (tonight) and I’m totally excited for Need for Speed.”