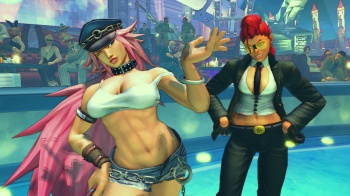 Street Fighter IV came out in 2008, and while it has had its fare share of revisions that keep resetting its price to the “new game” level, it is starting to get a bit long in the tooth, especially with Next-Gen consoles just around the corner. Capcom’s producer Tomoaki Ayano has unfortunately dashes the hopes of anyone waiting for a PS4/Xbox One Street Fighter title, stating that “it would probably take us until the year 2018 before Street Fighter V comes out.”

Ultra Street Fighter IV will be out in early 2014, and will add Rolento, Elena, Poison, Hugo and an unannounced fifth character.