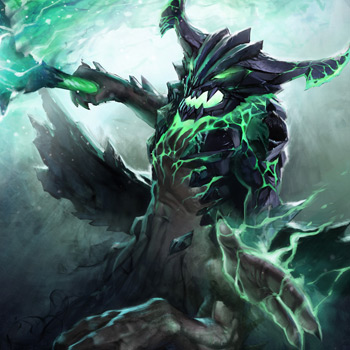 Multiplayer gaming isn’t for the easily offended. Racism, sexism, and pretty much every other form of bigotry are commonplace. But the folks at Valve have been molding the behavior of Dota 2 players using a particularly sly form of psychological manipulation: self reflection.

Dr. Mike Ambinder is an experimental psychologist who works at Valve. Last week, he was a featured speaker at Glitch.ed where he discussed Valve’s subconscious trickery:

At the end of a Dota match you have a survey that comes up. It used to just be one question, like ‘Rate the quality of the match, one to five stars.’ And that was fine. We could correlate those responses to various in-game behaviors, and see what people were doing, and see what kinds of qualities of matches led to good behaviors and so forth. And that was fine.

I honestly don’t care if you lie. All of us want to think highly of ourselves, so there’s going to be a natural inclination to want to put, say, ‘Hey, I was really cooperative as a teammate.’

What’s going to happen, though, is that if you rate yourself really highly as a teammate, ‘Yeah, I’m a five-star teammate’ but you weren’t, because you know that you were being a dick in the game, you’re going to go into what psychologists like to call cognitive dissonance. When you’re holding two conflicting notions in mind, right? One, that you were actually a bad teammate, and two, that you rated yourself highly as a good teammate.

So we actually saw, once we put those questions in the game, is that the number of reports in-game went down by about 10 to 15 percent.

Granted, mind games like this one probably won’t brainwash a truly bona fide preteen bigot, but anything that reduces in-game hostility, even by the smallest of margins, is a step in the right direction.