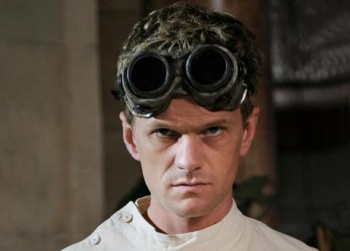 While you’re watching The Avengers on the big screen, Joss Whedon will be outside filming Dr. Horrible’s Sing-Along Blog 2.

Now that The Avengers is in the final stages of production, Joss Whedon has refocused his attention on finally producing a follow-up to one of the most popular web series of all time, Dr. Horrible’s Sing-Along Blog. According to Whedon, the actors are on board, and shooting should begin this summer.

“We are hard on it,” Whedon said. “It’s been a really tough year-couple of years-partially, I’m happy to say, because of work.”

The original Dr. Horrible was actually a product of the 2007-2008 writer’s strike, and since then, Whedon has completed two features, the aforementioned Avengers flick, and a, perhaps less well-known, film adaptation of Much Ado About Nothing (which, yes, Nathan Fillion is in). But even amidst work on two major productions, the director has still somehow managed to make progress on his return to everyone’s favorite crooning blogger.

“We do have a number of songs written,” he said. “We have a whole outline.”

Whedon has yet to reveal even the slightest hint at what path Dr. Horrible’s story will take, but apparently, he’s pretty confident in what he’s come up with, because if all goes well, he’ll be filming in just a few short months.

“We’re stuck, basically, at this one part in the process,” Whedon said. “All of us are looking at this summer as the time when we can go, ‘Hey, you know what? We’ve got a little free time, let’s get unstuck.’ Neil has been like, ‘How long?’ We’re all sort of just waiting, but the waiting will stop.”