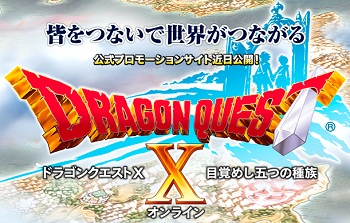 The previously Wii and Wii U exclusive MMO will hit the PC in September.

It looks like the previously Wii and Wii U exclusive Dragon Quest MMO: Dragon Quest X, will soon be making its way to Japanese Windows PCs. Square has released an Nvidia branded benchmarking tool as well as a beta-sign up page. Everything is in Japanese of course, and there is no word of an English release at this stage.

The game will launch on September 26th and come in two flavours, a standard edition for ¥3990 and and a Special Edition which comes with a controller for ¥9800. The first phase of beta testing starts on July 22, with a second phase later in August. Dragon Quest X, being initially a Wii title, is not the most demanding game, so a large range of PCs should be able to run it.

In Dragon Quest X you start off as a human and can play offline, but if you choose to partake in the MMORPG portion, you play as one of five non-human races. Square Enix kindly lets kids play for free during designated timeslots but grown ups need to shell out for a monthly subscription.

The Wii version of the game launched back in August, 2012, with the Wii U version following in March, 2013, to some very disappointing sales. Despite numerous requests from fans, neither the Wii nor the Wii U title have seen an English localization.

Perhaps the PC version will be the boost this game needs to pull it out of the doldrums and eventually reward us with an English version.

Bethesda Hasn’t Given up Hope on Wii U, Vita