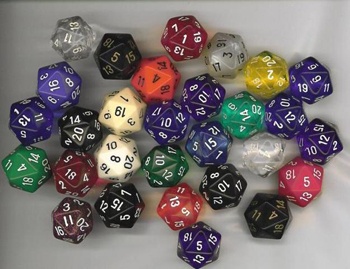 A Chicago Court upheld the legality of a decision to ban Dungeons & Dragons from being played in a Wisconsin prison because it would “foster hostility.”

The Seventh Circuit Court of Appeals issued its decision yesterday, upholding the decision to ban D&D at the Waupun Correctional Institution in Wisconsin. The lawsuit was brought by Kevin T. Singer, serving a life term for killing his sister’s boyfriend, and claimed that taking away his D&D books was a violation of his First Amendment and 14th Amendment rights. Singer has been playing D&D since he was a child and even wrote a 96 page manuscript of his own house rules, which was also confiscated. The game was banned at the behest of the prison’s specialist in gangs, Captain Muraski.

Prison officials testified in court that D&D could “foster an inmate’s obsession with escaping from the real-life correctional environment, fostering hostility, violence and escape behavior.”

While it may be within the rights for a prison to restrict what its inmates are doing in their spare time, the reasons cited for the ban make absolutely no sense. To prove that point, here is an excerpt from the court’s decision regarding Muraski’s testimony:

He explained that the policy [of banning D&D] was intended to promote prison security because cooperative games can mimic the organization of gangs and lead to the actual development thereof. Muraski elaborated that during D&D games, one player is denoted the “Dungeon Master.” The Dungeon Master is tasked with giving directions to other players, which Muraski testified mimics the organization of a gang.

This argument is pure fantasy (SWIDT?). Anyone who thinks the DM is akin to a gang leader or even a Mafia don has no understanding of the game at all. It just doesn’t work that way.

In my mind this is no different than the irrational attack on D&D from religious goons like Jack Chick or my own mother.

The only good that has come of this is the large amount of lawyers coming out of the woodwork on blogs like The Volokh Conspiracy and showing off their 20-sided dice by arguing against this ban. I’m proud of you, my dork brothers!

Source: NYTimes and The Volokh Conspiracy

Madness? This is Sparta Man II