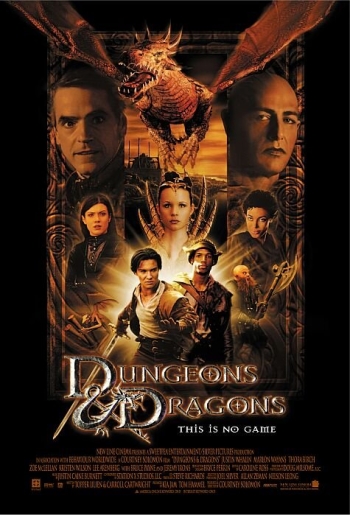 Hasbro, who acquired Wizards of the Coast in 1999, believes that it holds the television and movie rights for Dungeons and Dragons. TSR, the original Dungeons & Dragons publisher, licensed Sweetpea to produce a movie, sequels, and television series in 1994. Hasbro claims that the contract stated that movie and televisions rights would each revert to TSR should Sweetpea let five years pass without a new production after the first. The lawsuit says, “Despite initial plans to release the First TV Movie as a theatrical or non-theatrical sequel based upon the Picture, the production actually was released in the United States as a television motion picture. Thus, the First TV Movie represented an exercise of the Television Rights and did not reset the Sequel Rights’ five-year reversion clock.” Sweetpea has filed counterclaims that the sequel rights have not reverted to Hasbro, and that the original contract gave Sweetpea exclusive and permanent rights to all Dungeons & Dragons material for live-action films. Sweetpea also claims that, even if the rights have reverted to Hasbro, it retains a “Right of Last Refusal” – that if Hasbro agrees to make a Dungeons & Dragons film, Sweetpea has the right to make the film on the same financial terms instead.

The time seems right for a return to the big screen for Dungeons & Dragons. With the success of the Game of Thrones television series, the movie-going public seems more likely than ever to watch paladins and mages fighting a dracolich. If we’re lucky, the lawsuit will be settled soon, and we can go back to hoping the next film is better than the last.